We Don’t Need No Water

December 17, 2009 By Damian in jests japes jokes jollies, waiting for the barbarians No Comments 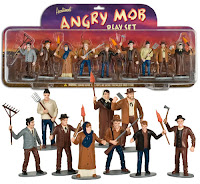 TBogg’s hilarious even when he’s being serious:

If Rahm Emanuel is all he was supposed to be, we can safely assume that the Obama White House either never gave a shit about health care reform, or they managed health care reform so horrifically and incompetently that they are now willing to settle for a “win”, no matter how meager.

I hope they enjoy their Pyrrhic victory because they just burned the base.

Yep, knocked me over with a feather, it did. Anyway, I guess it depends on what you mean by “the base“. The people that matter are doing just fine, thanks, getting what they give and then some.

As for the simple farmers, the people of the land, the common clay, you know…let the motherfucker burn! Correct me if I’m wrong, but I do believe a “Pyrrhic victory” means a disproportionately heavy price will be paid. What? Democratic voters are going to tell their abusive politician-spouses to fuck off and die? Go on, pull the other one! And this from a guy who can always be counted on to have a stale Nader joke near to hand!

It’s almost certainly true that some of those joy-popping hopey-changey types will let their disillusionment (to say nothing of their looming homelessness) keep them away from the polls in 2010 and 2012, swelling the ranks of non-voters from a rock-bottom 50ish% back to the normal 60% or so. The committed Donklebots, though, will spend the next year terrifying themselves with horror stories about how the next election is The Most Important One Ever (Until the Next One), and if the Rethuglicans/Repiglicans win, well, then this time it will definitely, certainly, absolutely mean the utter destruction of the nation and worldwide catastrophe, we’re serious goddamnit, no refunds. Look, Yggy the Stooge is already riding herd, cracking the whip on anyone thinking about bolting. I haven’t checked on the other half of the Wonder Twins of Sensible Liberal Punditry, but I imagine Ezra will get around to helping out sooner or later. Maybe Obama can give another speech, and send him into the sort of rapturous ecstasy seldom seen outside text messages between Edward Cullen fangirls.