All That Heavenly Glory

January 28, 2010 By Damian in meditation No Comments 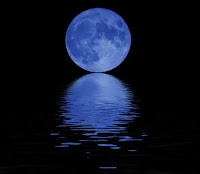 Lee: It is like a finger pointing away to the moon.

Do not concentrate on the finger or you will miss all that heavenly glory!

People frequently hail me in the street. They sez to me, they sez: “Damian, I’m with ya on all that far-out meditation contemplation reflection stuff, but pondering your own death first thing in the morning? No offense, but that’s some bizarre shit, borderline messed-up, you feel me, brah?”

So I sez to them, I sez: “First off, don’t call me “brah”. Only douchebags call people “brah”.

With that out of the way, then I sez: “But yeah, I know what you’re saying. It’s not for everybody. Fortunately, there’s something much less grim you can contemplate. Right above you. The moon.”

I don’t believe in the moon. I think it’s just the back of the sun.

Well, hey, to each his own. The thing is, it doesn’t even matter. Call it what you want. What’s important is this: that glowing orb has been there since life on earth evolved the capacity to look up and see it. We’ve gone from worshiping it to bombing it, and through it all, there it hangs, obvious yet unobtrusive, staring impassively down at us. This is what I find cool to think about: every person that has ever existed has taken notice of it. Spent some time staring up at it, dancing under it, writing poems and songs about it. Everyone, from homo habilis to you and I. Peasants and kings, heroes and villains, anyone with minimally functioning eyesight. Anyone from history you’ve ever cared to meet has passed the time gazing at it while lost in thought about earthly events. Even animals feel and react to its influence.

Now, maybe it’s just this off-brand oven cleaner I’ve been huffing, but I find that contemplating that for a while really gives me a transcendent feeling of the literal interconnectedness of all life and the endless flow of time. It simultaneously makes my life feel more grounded while reminding me just how transitory and ephemeral my individual existence really is. And isn’t that what meditation is all about?