Love You to Death 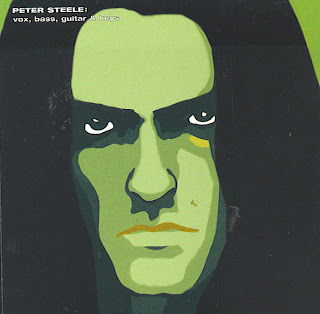 Music and books really are what I live for most of all. But music has always been the omnipresent aspect of my life, and I’m proud of the fact that I’ve never lost my passion for it as I’ve gotten older. Which is to say, music isn’t merely frivolous entertainment for me. It makes life worth living. Beethoven’s heroism be damned; if I ever went deaf, I’d commit suicide.

So even though I never met Peter in person, this hits me just as hard as it would to hear that a member of my own family died suddenly. In many ways, it’s no surprise. Or, rather, given his morbid, self-deprecating (to the point of self-abusive) sense of humor and unvarnished honesty about his struggles with clinical depression and drug addiction, and his incessant references to death in his songs, the only surprising part of it is that he didn’t usher himself out. But living in anticipation of it doesn’t make it hurt any less, as I’m sure we all know.

I don’t even know what I could possibly say in mere words to convey just how important his music was to me. “Musical genius” gets thrown around far too casually these days, but if anyone deserves that appellation, he does. At a time when the airwaves were filled with stripped-down alterna-punk bands doing their best to make music as simple and straightforward (read: fucking boring) as possible, Type O Negative were studio wizards, making gloriously romantic, melancholy, lush, dynamic, heavily layered sonic masterpieces that stood up to countless listenings. October Rust and Life Is Killing Me, especially, will always be two of my favorite albums of all time, bar none. Thank you for everything, Peter. I’ll miss you so much.

« Nothing Nietzsche Couldn’t Teach Ya» If You Have to Ask