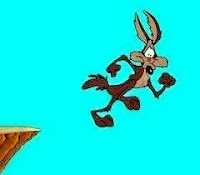 Hart’s “governing conviction” is that what our new atheists regard as modern progress in the direction of rational liberation is itself a reactionary superstition. The modern Enlightenment has actually been a rebellion against the whole truth about our natures, about who we are, and about the true source of our freedom and dignity. And that rebellion has been not so much radical as selective and self-indulgent. By compassionately privileging personal freedom and human rights over what they believe they know through science, the new atheists remain parasitic on the key Christian insight about who we are. Their attachment to the humane virtues makes no sense outside the Christian claim for the unique and irreplaceable dignity of every human person. That claim is completely unsupported by either ancient (Aristotelian) or modern (Darwinian) science. The sentimental preferences of our atheists are really those of a Christianity without Christ.
…Christ, the Christians claimed, freed us from the limitations of our merely biological natures through his perfect reconciliation of God’s nature and man’s nature. He was, the Nicene fathers concluded, fully God and fully man, and his redemption was to divinize every man. Christ freed each of us for unlimited love for every other person made in God’s image; Christ was the foundation of a virtuous way of life based on a vision of the good that has no pagan counterpart. Charity to all became the virtue most in accord with the truth about who we are. For Hart, the wonder is that anyone could have imagined the ideals of the Christian faith in the first place, given that those ideals had so little support in any pre-Christian conception of who we are.
It is barely too strong to say that, for Hart, Christ transformed each of us from being nobody to being somebody—indeed, a somebody of infinite value. None of us is destined to be a slave, and death has been overcome. We are no longer defined by our merely biological natures, because our nature is now to be both human and divine. From one view, there is no empirical evidence that death has been overcome for each particular human being. From another, the evidence is the unprecedented virtue flowing from the unconditional love present among the early Christians and that virtue’s indirect, historical transformation of the broader social and political world. The change in who we are is the result of a deepened human inwardness or self-consciousness: Christ made each of us irreducibly deeper by infusing divinity into every nook and cranny of our natures.

John Gray has made much the same point about the roots of rational humanism, but he, at least, went further and noted that the real problem was that both Christians and humanists refuse to accept the fact that homo sapiens are still, at base, another species of animal, probably destined to pass away like so many others did. Hell, Dimetrodon ruled as the Earth’s top predator for fifteen million years, all for naught; we’re barely 50,000 years into our reign and already constantly flirting with planet-wide self-destruction, yet we can’t stop singing our own praises over how essential we are to the universe.
But the logic here just cracks me up. Ignoring the fact that many of our altruistic inclinations are indeed rooted in our biological nature as social animals, conservatives like Hart claim that it’s intellectually dishonest and illogical to arbitrarily decide to value the humane virtues. Grounding them in agreement arrived at through shared experience and dialogue isn’t good enough, evidently. But arbitrarily deciding to believe the myth that an anthropomorphic deity granted us a magical essence that allows us to appreciate and embody those virtues makes for a rock-solid foundation to build a culture upon. Got it.
Again, we see this fear of nihilism that’s so peculiar to Christianity. By staking all value and meaning to a teleological conception of progression toward an unchanging, timeless realm of perfection, we convince ourselves that nothing in the here and now can be worth anything in and of itself. Like poor old Wile E. Coyote, we’re seduced by the illusion that we’re suspended over an abyss, and if we take our eyes off that heavenly future and glance down, if we fail to keep running in place, we’ll plummet to our doom.
« The Dust of Exploded Beliefs May Make a Fine Sunset» Sui Generic (Slight Return)