May 13, 2015 By Damian in conspicuous crusading, psychology, the cult of multi, tribalism No Comments

The newly-minted doctor of rhetoric asks a rhetorical question:

Do we still have the capacity, as a political and intellectual movement, to argue in a way that’s not entirely based on associating with race or gender in a totally vague, unaccountable, and reductive way? 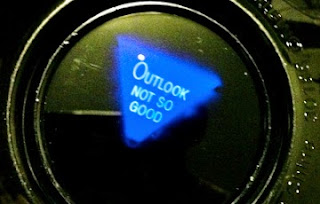 If you want us to stop being a mess, you have to be willing to criticize, and you have to accept that every criticism of an ostensibly progressive argument is not some terrible political betrayal. Not everyone who complains about white people has enlightened racial attitudes. Not everyone who constantly drops “mansplaining” or “gaslighting” into conversation actually helps fight sexism. One-liners don’t build a movement. Being clever doesn’t fix the world. Scoring points on Twitter doesn’t create justice. Jokes make nothing happen. We’re speeding for a brutal backlash and inevitable political destruction, if not in 2016 then 2018 or 2020. If you want to help avoid that, I suggest you invest less effort in trying to be the most clever person on the internet and more on being the hardest working person in real life. And stop mistaking yourself for the movement.

Matt Taibbi once offered a hypothesis about the psychology of this self-defeating tendency:

That’s why their conversations and their media are so completely dominated by implacable bogeymen… Their faith both in God and in their political convictions is too weak to survive without an unceasing string of real and imaginary confrontations with those people — and for those confrontations, they are constantly assembling evidence and facts to make their case.

But here’s the twist. They are not looking for facts with which to defeat opponents. They are looking for facts that ensure them an ever-expanding roster of opponents. They can be correct facts, incorrect facts, irrelevant facts, it doesn’t matter. The point is not to win the argument, the point is to make sure the argument never stops. Permanent war isn’t a policy imposed from above; it’s an emotional imperative that rises from the bottom. In a way, it actually helps if the fact is dubious or untrue (like the Swift-boat business), because that guarantees an argument. You’re arguing the particulars, where you’re right, while they’re arguing the underlying generalities, where they are.

Of course, as you may have noticed by the references to God and swiftboating, the original context had Taibbi attributing this mentality to fundamentalist Christians in particular and Republicans in general. If you leave that partisan bias aside, you can’t help but notice that “making sure the argument never stops” is also the emotional imperative driving the online dynamics among progressives that Freddie has been criticizing in vain lo these many years. The point of all their sound and fury is not to end misogyny or racism; the point is to keep finding new sources and hiding places of those social ills in order to ensure that the fun of denouncing and posturing never has to stop. The web is not a place for serious political action. It’s a kennel full of baying hounds, desperate to be let loose after the scent of social injustice. The thrill of the hunt is what they live for.

« What He Seeks Is to Live Nameless» Optimism Doesn’t Change the Facts, Just What You’re Gonna See