Daunt also refused to dumb-down the store offerings. The key challenge, he claimed was to “create an environment that’s intellectually satisfying—and not in a snobbish way, but in the sense of feeding your mind.”

That’s an extraordinary thing to hear from a corporate CEO. Daunt wanted to run a bookstore that was “intellectually satisfying” and “feeds your mind.” The first time I heard an interview with him, I decided I trusted James Daunt. I wanted him to succeed. But the odds seemed stacked against him.

Then it started to happen—book sales at Barnes & Noble began rising again. Sales in 2021 quickly got back to pre-pandemic levels, and then kept growing. Readers regained trust in the company. The workers at the stores were more motivated and started genuinely acting like booksellers.

I recently visited a Barnes & Noble store, for the first time since the pandemic. I saw a lot of interesting books, and bought a couple. I plan to go back again.

I went to Barnes & Noble today, for the first time in about a year. Mainly, I wanted the irreplaceable experience of browsing among physical copies of books again. Library sales mostly went dormant after the pandemic, and by the time they started reappearing, work had changed and there wasn’t much time for traveling to them anymore. But in recent weeks, I’d begun to notice that I simply wasn’t encountering much in the way of interesting reviews online. Weeks and months would pass without me feeling excited to read anything new and different. Frankly, I was starting to feel a little brain-dead. But as I’d hoped, I found my visit to be a real tonic. Within a few minutes, I’d found a new book by my old pal Anthony Kronman that I didn’t even know existed, and I quickly added several others. Like sunlight and fresh air, a fellow needs to regularly browse in a bookstore to feel hale and hearty. I think we’ll even make some time to start traveling to library sales again in the new year. Retail stores are fine, but there’s nothing like the discovery of some old, out-of-print book being sold for one or two dollars to inspire you to take a chance on something different.

(The Lady of the House also got me another batch of Everyman Wodehouse for Christmas.) 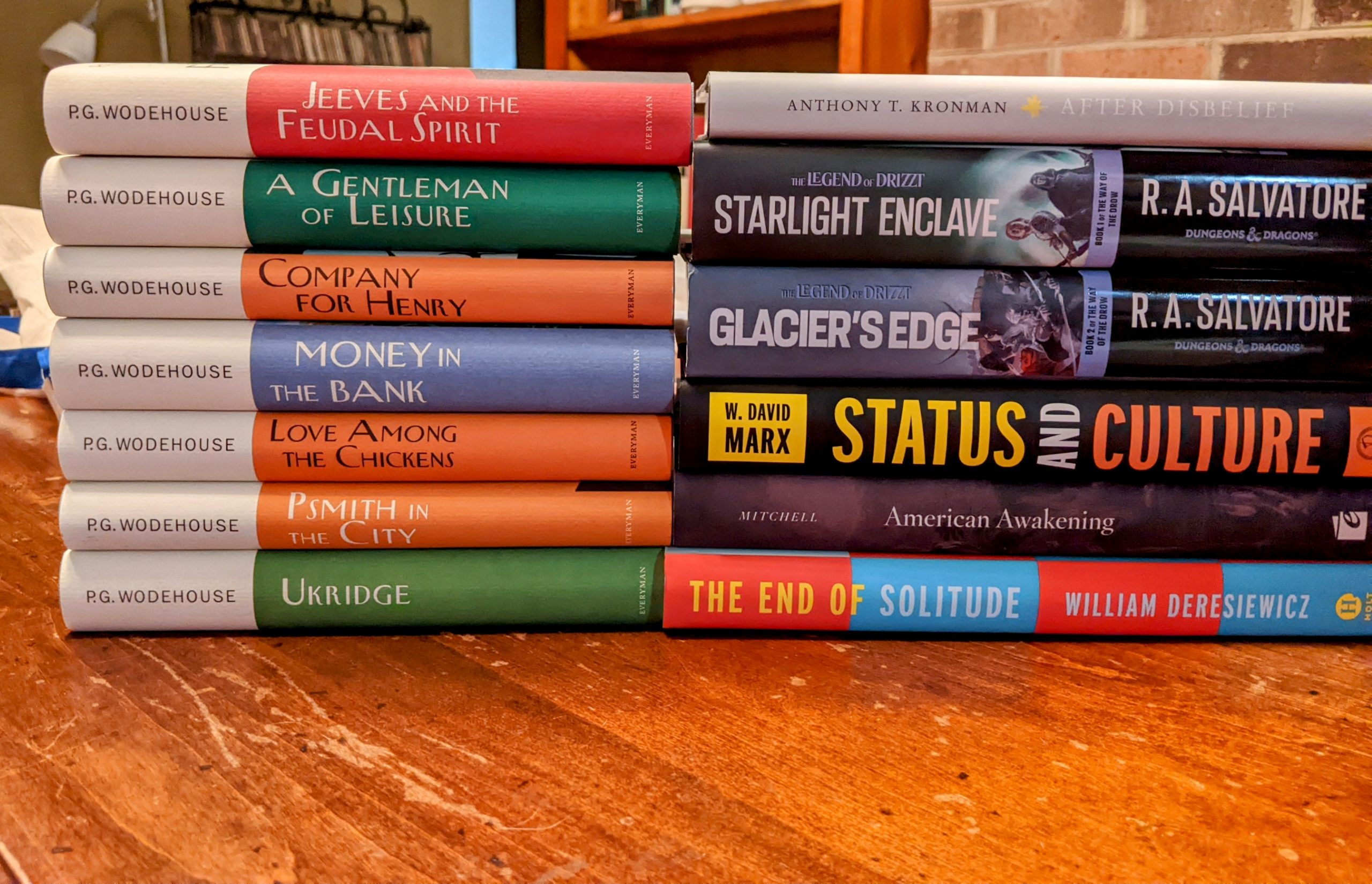 « All I Want for Christmas Is My Gym Routine» Here’s to Us! Who’s Like Us? Damn Few, and They’re All Dead