September 5, 2009 By Damian in antisocial media, foolosophy, technology No Comments

I’ve never joined Facebook, MySpace, Twitter, etc. Email has always been perfectly adequate for communicating quickly and sharing whatever I want from the web. So perhaps I know not of which I speak, but I’m not sure what people expect from social networking sites, really — literary salons or something? When you participate in a medium that’s built on easy access, speed, and the constant stimulation of trivial novelty, why are you surprised to discover how shallow, selfish or boring people can be? When you take a moment to notice how jejune most of your mental activity is, why on Earth would you want unfiltered, 24/7 access to other people’s heads?

This brings us to our first dilemma: Amidst all this heightened chatter, we’re not saying much that’s interesting, folks. Rather, we’re breaking a cardinal rule of companionship: Thou Shalt Not Bore Thy Friends.

It’s funny that she seems to think that “chatter” and “interesting” aren’t mutually exclusive. The real problem is that most of us are boring much of the time, especially those of us who never shut up. The trick is recognizing that unflattering fact and learning how to balance your time with friends with time alone, where you wait for interesting thoughts to develop and interesting experiences to occur, rather than allow your cloying neediness to impose you on others’ attention. Of course, one afternoon alone in the howling abyss of their own mindscape has most people grasping for the phone, the remote, or the car keys to save them from themselves.

Really, this is such an incredibly disingenuous complaint. In my experience, intellectual stimulation or deep, meaningful conversation is just one of those things we think we’re supposed to profess a yearning for, like learning how to cook tasty vegetable dishes, getting in shape or taking time to stop and smell the roses. People don’t seem to actually want much of it. They want companionship, even if it means just an inert, monosyllabic lump on the other end of the couch. They want the reassuring sound of another person’s voice, even if all it’s communicating is inane drivel. And in an online environment, they’ll take kitten pictures and lol-speak as symbols of someone’s reassuring presence. Meaningless chatter is the meat and potatoes of most people’s conversations! Talking about shit that doesn’t matter to people only halfway paying attention is what greases the wheels of social living. If you want thoughts and ideas that speak to the essence of what it is to be human, well, that’s what art is for. (I don’t even say that as some sort of bitter idealist who thinks everyday conversations should be Shakespearean dialogue about topics of monumental significance; while I don’t have much patience for small talk, and prefer to remain silent rather than babble just to fill the air, I accept that being somewhat of a recluse is just the price you pay for that inclination.) As long as you’re not looking in the wrong places, there are plenty of weighty conversations to be had out there, many of them online, even! And yet, and yet…there we find ourselves, channel surfing, living shallowly and sucking out all the marrow of some sour cream ‘n’ salsa pork rinds.

Poor technology! It cuts a tragic figure, almost akin to Dostoevsky’s Grand Inquisitor, shouldering the burden of taking away the freedom we don’t really want while receiving nothing but scorn for its trouble, lest we be forced to confront our own pale, languid existences.

I used to practice calligraphy just for the fun of it, so I like to think I have some semblance of an appreciation for the aesthetics of typeface, font, the simple visual appeal of text on a page.

But I had no idea that the default font I use in posts, Verdana, was such an indicator of pedestrian, lowbrow philistinism to those who get themselves all worked up about such things (there’s an online forum called Typophile? Guess I shouldn’t be surprised.) I read blogs (and books) all the time that I don’t consider very attractive, but I can’t say it’s ever occured to me to complain about it. The things people find to be snobs about…

…wow. Now I’m just waiting to learn that people have been murdered over this! 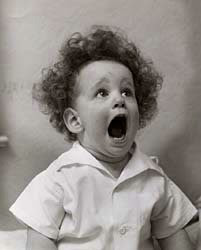 The end is near! Again!

It amuses me to find that somewhere down in my numb, blackened core, I still retain a vestigial capacity to be surprised by the latest shiny object people have latched onto. What is all this shit about 2012? I got stuck in a room yesterday with someone who tried to tell me about it.
Human civilization may very well come to an end sometime soon, or at least suffer a severe self-inflicted downgrade. But if it happens, it will be because we’re just naked chimpanzees prone to fanatical aggression who are muddling on through the best we can with no idea why. This yearning to throw off the yoke of responsibility for one’s life and submit to some glorious divine plan that has been there all along is just embarrassing to witness. Stop it. Stop it right now.

September 1, 2009 By Damian in moralizing, ohferfucksake No Comments

Should the unthinkable occur, and meaningful health care reform fail to materialize, I think we can all agree that one of the most important tasks to be dealt with immediately following will be the assignation of blame. Out of many worthy candidates, I offer here two for your early consideration:

So which one are the pwoggies already refusing to ever have anything to do with again? Why, of course.
Should Tristero follow this thinking to its logical conclusion, and refuse to ever buy goods and services from companies whose CEOs hold or express right-wing political views, well, I offer this in the spirit of helpfulness. Is Kaczynski’s old cabin still vacant?
1 2