December 31, 2017 By Damian in noteworthies No Comments

• David Marcus, “It’s Not Ta-Nehisi Coates’s Fault White Liberals Have Anointed Him Their Prophet” (and related, Loury and McWhorter)

• Justin Stover, “There Is No Case for the Humanities“

• A conversation with Robert P. Waxler, “Literature as Counterculture“

• Interview with Francis O’Gorman, “The Perils of Forgetting“

December 30, 2017 By Damian in obiter scripta No Comments

Nothing should so much shrivel our self-satisfaction as realizing that what we once approved of we now disparage.

Even in adolescence, I noticed that I frequently had a sense of outgrowing friends. People who used to seem fascinating or attractive came to seem boring, or even annoying. And even then, I wondered if this was a character flaw. Was I too superficial, impatient, unforgiving, or restless? Am I some kind of vampire taking what I need from people before tossing them aside? Yet, in most ways, I’m a creature of utterly predictable routine and habit. Why would I be any different in my personal relationships? But still, to this day, the pattern appears even in my intellectual relationships with writers and thinkers. Inspiration often decays into irritation; flaws come to overshadow virtues. Perhaps, like Diogenes, I’m wandering around with a lantern searching for honesty and integrity. Or perhaps, also like Diogenes, I’m only doing so ironically, to bring heroes down to my lowly level.

Nietzsche wrote a beautiful — and perhaps self-serving — aphorism about outgrowing beautiful things in the course of a relentless search for truth. The cork-like buoyancy of our self-regard keeps us from drowning in doubts, so it’s easy to rationalize our former enthusiasms away as necessary steps on the path to wisdom. Perhaps we have very high standards. But what if we’re simply selfish and easily bored?

Children of the Grave

…Today, writers lament the irrelevance of blogs not just because there’s too many of them; but because not enough people are engaging with even the more popular ones. Blogs are still important to those invested in their specific subjects, but not to a more general audience, who are more likely to turn to Twitter or Facebook for a quick news fix or take on current events.

Explains author Gina Bianchini as she advises not starting a blog, “2017 is a very different world than 2007. Today is noisier and people’s attention spans shorter than any other time in history…and things are only getting worse. Facebook counts a ‘view’ as 1.7 seconds and we have 84,600 of those in a day. Your new blog isn’t equipped to compete in this new attention-deficit-disorder Thunderdome.”

Suits me fine. Hermits have long been known for dwelling among ruins, or meditating in cemeteries. As my copy of the Tao Te Ching says:

If only it were true, though. I’m reminded of a Suicidal Tendencies lyric: “Why should they be resting so peacefully when we’re up above in pure misery?” With regard to the dearly departed, it’s terribly difficult to pay your respects when all these graverobbers keep disinterring the supposedly–irrelevant corpse for their deviant necrophilic purposes.

Oops, I Did It Again

December 25, 2017 By Damian in so many books, so little time No Comments

I got enough money to order fourteen books, plus a friend gave me one unexpectedly. Now I get the extended pleasure of looking forward to the mail each day for the next few weeks. I hope your Christmas was as merry as mine.

December 23, 2017 By Damian in fresh hell, silent moving pictures, the geist of the zeit No Comments 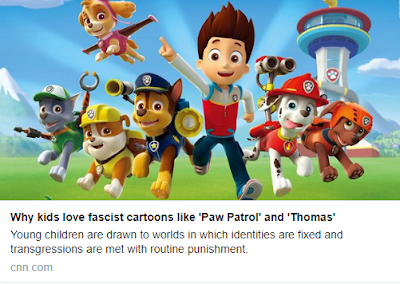 December 19, 2017 By Damian in noteworthies No Comments

• Chris Martin, “An Interview With John McWhorter About Politics and Protest“

• Douglas Dalrymple, “Eiseley on the Moon” (I’m assuming he’s still using his former pen name. His original site, The New Psalmanazar, was my favorite blog of recent years, and I’m pleased to find that he’s back with a new one.)

• Jonathan Haidt, “The Age of Outrage“

Holiday, Holiday; I Declare a Holiday

Thus begins the Icelandic tradition of jólabókaflóð. What is jólabókaflóð? Jólabókaflóð, or “Yule Book Flood,” originated during World War II when foreign imports were restricted, but paper was cheap. Iceland’s population was not large enough to support a year-round publishing industry, so book publishers flooded the market with new titles in the final weeks of the year. While giving books is not unique to Iceland, the tradition of exchanging books on Christmas Eve and then spending the evening reading, is becoming a cultural phenomenon. In recent years the meme has spread on social media, and bookworms around the world are cottoning on to the idea.

The Lady of the House read about this the other day, but added the caveat that several Icelanders on her social media feed were saying either that they hadn’t ever heard of it, or that it wasn’t quite the thing that people were making it out to be. To which I say, since when do we care about the literal truth of holidays? Like all myths, this clearly expresses a higher truth beyond mere factuality — namely, in this instance, that it would be good and holy for people to give me lots of books on Christmas Eve. I might be able to make a suggestion or twenty if you need help choosing.

December 11, 2017 By Damian in obiter scripta No Comments

It was as if de Gaulle’s bursts of eloquence required long periods of silence to recharge his energies and store up more words, or perhaps he had decided that if he could not speak in poetry, he would rather not speak at all…He was silent or silver-tongued, nothing in between. It was maddening and magnetic, this refusal to make the most cursory effort at small talk and then to speak, on his own terms, so beautifully.

In both speaking and writing, I, too, tend to be parsimonious. As far back as I can remember, I have always preferred to err on the side of silence, as if words were a finite resource which must be vigilantly conserved. On the page, at least, I think I can occasionally muster up a burst of eloquence. Unfortunately, I have yet to speak in sonnets. Too often, my conversation resembles the most shapeless free verse. At best, I might produce a clever couplet.

December 9, 2017 By Damian in obiter scripta No Comments

[T]he code of life of the High Middle Ages said something entirely opposite to this: that it was precisely lack of leisure, an inability to be at leisure, that went together with idleness; that the restlessness of work-for-work’s-sake arose from nothing other than idleness. There is a curious connection in the fact that the restlessness of a self-destructive work-fanaticism should take its rise from the absence of a will to accomplish something… Acedia is the “despair of weakness,” of which Kierkegaard said, that it consists in someone “despairingly” not wanting “to be oneself.” The metaphysical-theological concept of idleness means, then, that man finally does not agree with his own existence; that behind all his energetic activity, he is not at one with himself; that, as the Middle Ages expressed it, sadness has seized him in the face of the divine Goodness that lives within him — and this sadness is that “sadness of the world,” (tristitia saeculi) spoken of in the Bible.

…The opposite of acedia is not the industrious spirit of the daily effort to make a living, but rather the cheerful affirmation by man of his own existence, of the world as a whole, and of God — of Love, that is, from which arises that special freshness of action, which would never be confused by anyone with any experience with the narrow activity of the “workaholic.”

Philosophers dating back to Plato and Aristotle have expressed contempt for manual labor and those who work for a living. But for those of us who aren’t slaveowners or members of the landed aristocracy, we unfortunately have to settle for a more anemic form of leisure —  a few minutes of quiet and privacy during the day, a short walk in the evening, an hour’s reading before bed. If we want true leisure, we don’t have the option to avoid industriousness; we can only choose frugality. The less you owe and need, the harder for the creditors and bosses to catch you by the short hairs. I work entirely for myself now, and while this is an incredibly busy time of year, leaving little in the way of free time, I find it much easier to cheerfully affirm my existence when I don’t have to worry about the wolf at the door.

December 7, 2017 By Damian in noteworthies No Comments

• Brian Smith, “Walker Percy and the Politics of Deranged Times“

• Andrew Ferguson, “To Be Sure, Nazis Are Evil“

• The New Criterion, “Is Civilization Overrated?“

• Frank Furedi, “The Hidden History of Identity Politics” (if you’re like me, you’re sick of hearing the very phrase I— P—, but this is a really good overview of the history and content of identitarian thinking.)

• Joanna Williams, “We Are More Than Our Gender“