December 30, 2009 By Damian in bread and circuses, foolosophy, ohferfucksake, sex-you-all No Comments

Is there anything these days that isn’t a disease or disorder? Hell, does my eye-rolling skepticism toward this pop-psychology bullshit have a cool disorder name as well?

I am Tiger Woods, and saying the greatest golfer on the planet got married too young is a cheap cop-out that misses an essential point: that this is really about a man who has everything and nothing at the same time, a guy medicating with women to fill emotional gaps — the way some people use food, alcohol, drugs, work and golf on television.

…That hearing words such as “dog” or terms such as “commitment issues” only serves to mask real issues. We use them so people such as Tiger Woods never take the time to Google “Attachment Disorder” or “Love Addiction” or look at how their old man treated their mom and what kind of message that sent to a gifted child who would grow up to respect a game more than his wife.

…When all three fell from pedestals — and one of them paid the ultimate price for it — that’s not a dangerous trend of infidelity; that’s disease.

…When married billionaires bring breakfast waitresses to the family home in the middle of the day after they’ve already hooked up in a parking lot, that’s not sex; that’s real affliction.

…When the world’s most recognizable athlete uses his Blackberry to text a relative kid in Las Vegas about how much he misses her — and she’s but one of a dozen — that’s not sex; that’s sickness.

…Tiger Woods has an emotional void in his life. This void must be huge. For him to be where he is today, this deep emptiness must have consumed him, must be something he has been living with for a long time. Moreover, he has to live with his emptiness while being fully aware that everyone in the world knows just what a manufactured lie his image has been.

Man, it’s a good thing someone thought up profound terms like “Love Addiction” and “Attachment Disorder” to explain the heretofore inscrutable mystery of why men enjoy fucking as many beautiful women as they can get their hands on, or why a man would possibly choose the sensuous life of a postmodern king over a quiet life of bourgeois middle-class respectability. I mean, humor me for a moment here — could it possibly be that people enjoy sex and drugs because they’re pleasurable, not because they’re actually immature attempts to cope with some hidden trauma that unconsciously motivates our every action?

If humans differ from other animals, it is partly in the conflicts of their interests. They crave security, but they are easily bored; they are peace-loving animals, but they have an itch for violence; they are drawn to thinking, but at the same time they hate and fear the unsettlement thinking brings. There is no way of life in which all these needs can be satisfied. Luckily, as the history of philosophy testifies, humans have a gift for self-deception, and thrive in ignorance of their natures.

We’re naturally selfish, unreflective creatures. We enjoy things that make us feel good. We want to have as many of those things as we can, even if they cause us problems later on, even if some of them are mutually exclusive. We try not to think about that, vainly hoping that we’ll successfully cross that bridge when we come to it. Tiger Woods is no different than anyone else insofar as he’s prone to always thinking that the grass is greener somewhere else. It’s just that he already has a life most of us would kill for. That’s not a “disease”, to never be satisfied with what we have, that’s human fucking nature. The best we can do is be aware of it and able to laugh about it. I suppose there might be a few people in the world who just sit calmly, desiring not a thing, contemplating their perfect serenity and unruffled self-assurance, but the rest of us will go to our graves feeling inadequate, unfulfilled in some way, beset by fears and anxieties, wishing we could have had this or done that.

I wouldn’t have it any other way.

Everybody’s Gettin’ What They Need Behind Some Make-Believe

December 7, 2009 By Damian in bread and circuses, moralizing, sex-you-all No Comments

But I just can’t bear it when so-called serious journalism twists itself into pretzel claiming that the story is really “important” because it violated some sacrosanct “value” and therefore it is in the public interest to show pictures of hot babes on a loop and endlessly ruminate publicly about sex. (After which, without a pause, they rend their garments over how all this will affect the children.) The Tiger story is particularly grotesque because they are having such a hard time justifying their overwrought, prurient interest that they are reduced to fulminating about how he is despoiling his brand like anyone in their right mind should give a damn about such a stupid thing.

I would just note that when your “brand” is worth (according to one article I saw) a cool three-quarters of a billion-with-a-B, then it really isn’t all that irrational to be worried about tarnishing it. And let me reiterate that I find this interesting for the fact that even that astronomical sum of money, worldwide adulation and an überfrau who looks like she was assembled to exacting specifications at some Nordic Hot Babe factory wasn’t enough to make Tiger feel that the grass couldn’t possibly get any greener. Students of human nature, take note.

But what’s this? You think this tawdry spectacle didn’t violate some important value? Au contraire, mon frère! Expecting hapless celebrities to serve as repositories of our projections or conduits for our feel-good affirmations is as American as cruise missiles! His job was simply to stand there and keep grinning that huge post-racial grin, a charismatic, young, mixed-race guy who succeeded beyond anyone’s wildest expectations in the quintessential domain of stuffy old white men, a mirror to reflect our self-congratulatory vanity, a shiny symbol of our hopes and dreams, and now he’s, uh – he’s…um…

Whoa. Just had a particularly vivid sense of déjà vu. Sorry. Who were we talking about? 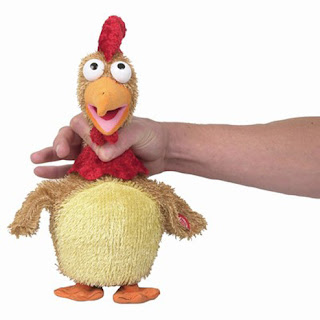 Because sexual enjoyment is evil whereas shooting people with guns and taking their property is what made this country great, duh.

Also in self-pollution news, nine hours and thirty-three minutes? Dude’s my hero. I bet he couldn’t wait for a generic “Hey, how was your day?” from an acquaintance.

Sheriff of Rottingham: That’s going to chafe my willy!