September 25, 2005 By Damian in religion No Comments

So, I’m slogging through yet another “scientist said/creationist said” article on the upcoming court battles over trying to sneak creationism into schools via the Trojan horse of Intelligent Design, feeling depressed over the absurdity of it all, when a possible compromise occurs to me.

It seems clear that the creationists have set up a false dilemma here, trying to make it seem that finding any fault with evolutionary theory somehow makes their ancient mythology more respectable by default. What’s more, it’s clear that the figure of a loving, personal father-figure God is the keystone of this particular myth. If it weren’t for the tantalizing idea of a happy afterlife with this loving God, no one would be clinging so desperately to it to begin with (and it’s interesting to note that this particular vision of an afterlife is nowhere near universal).

But why does the Intelligent Designer have to fit this mold? What reason is there (I know, I know, if reason had anything to do with any of this, we wouldn’t be having this discussion) to assume that any deity with the ability to create a universe has to fit our limited conception of “good” or “pleasant”?

If we’re going to insist on anthropomorphizing this hypothetical Designer, what if we secularists postulate in response that He/She/It is more like, say, a mathematical genius in terms of intellect, but cold, aloof and distant emotionally? Like a John Nash, or worse, a Ted Kaczynski? All the brains but no conscience — why is that any less valid of an archetype to build a God around? Think of all the time formerly devoted to discussions of theodicy that this view would save!

There’s no science involved in this case, so they couldn’t use a perverted version of it to obfuscate their aims. I just think it would be refreshingly honest (and amusing) to see people fall back on the real reason behind their defense of Bible study-as-science: the inability to emotionally accept such a bleak viewpoint, as if the universe needs their permission to be the way it is. 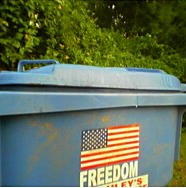 And So It Begins

September 12, 2005 By Damian in nietzsche No Comments

‘In doing this you will cause pain to many people’ – I know; and I know also that I shall have to suffer twofold for it: once from pity at their suffering, and then through the revenge they will take on me. Nonetheless, it is no less necessary that I should do as I do.