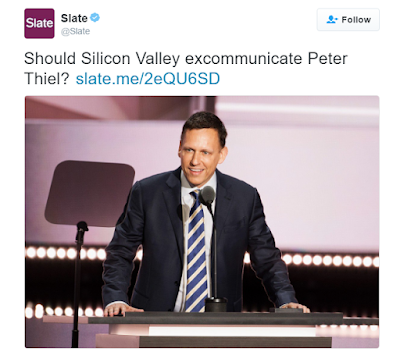 It is a piquant irony that I, of all people, should be forced to defend small talk, a practice in which I am neither a skilled nor enthusiastic participant, but thus have the fates decreed it. I must say, my esteem for Dan Ariely has taken a plunge after reading this article, which reads as if a social engineer with severe autism has legislated that conversations become key parties.

Now, as many supercilious, antisocial adolescents have long observed, small talk is often frivolous and tedious. But like many sub-optimal practices, it has evolved that way for a reason, given the inherent difficulties of easing tensions and forging bonds with complete strangers. Ariely and Berman note that their experiment works precisely because it is structured, or “socially coordinated” — being informed in advance of the new rules governing this particular social interaction obviates the need for individuals to tentatively feel their way through it by means of light conversation. Festivals like Halloween, which temporarily subvert the normal order and expectations of social life, are also powerful and exciting for that reason, but only a freak raised in a Skinner box would conclude that we could and should routinely go around wearing masks and costumes because it makes us feel creative and liberated. Likewise, heady talk about “creating new social norms” which make all the participants “happier” based on superficial metrics is the kind of hyper-rationalist delusion one might expect to read about in a history of utopian intentional communities. A practice like this could only function in very specific situations with clearly-understood rules; blurring the boundaries between random strangers in public and PostSecret is not likely to end well.

The unexamined axiom here is that deep, profound conversation is what we all truly desire on a ritual basis, and if only the inefficiencies of the oppressive system were removed, we would blossom in our natural, uninhibited state. But perhaps bad faith is our natural state. Perhaps we secretly appreciate shallow living while making occasional aspirational gestures toward deeper meaning and significance. Perhaps the forced intimacy of Ariely’s dinner party would be an unwelcome mirror and harsh light to our self-image. Only the most naïve idealists go around overturning rocks that have been secured in place for ages and expect sunshine and charming melodies to come forth.

October 12, 2016 By Damian in conspicuous crusading, revillaging, the cult of multi, the geist of the zeit No Comments

This is a familiar argument: It’s really the critics of “political correctness” who want to suppress speech.

It’s also ridiculous. Of course Shriver doesn’t want to suppress negative reviews of her books. There’s a massive difference between criticism and “callouts.” Criticism is an individual opinion; callouts are groupthink. Criticism is a judgment primarily focused, in the case of art and literature, on artistic and intellectual merit. Callouts are an expression of offense, moral judgment and condemnation, delivered on behalf of a purported righteous community or collective. Criticism says, “This is bad.” The callout says, “This should not exist.” The response to “cultural appropriation” and other ideological offenses that has come to dominate much of the left-of-center media in the last few years is not criticism; it’s public shaming and pillorying. Its tone is scarily reminiscent of campaigns against ideological transgressors in the Soviet press.

Nothing needs to be added to that.

No One Can Belie Optimistic Proof

Thus, a world without religion would be a significantly improved world than the one in which we now inhabit.

Lord, these people make me embarrassed to be unchurched. The rest of the article is the usual collection of New Atheist tropes that will likely be enshrined in the Constitution of Neil deGrasse Tyson’s utopian nation of Rationalia, and you almost have to admire the unblemished, uh, faith in the salvific potential of evangelical atheism, given the prominent and entirely predictable implosion of one of its most prominent online hubs. Bertrand Russell, favorably quoted, as always, in the article regarding the intrinsic obstacle religion presents to moral progress, could have warned them about the danger of trusting pure logic to trump animal nature — in fact, in his autobiography, he did. Reflecting on the messy damage caused by his progressive experiments with free love, he admitted that, “Anyone else could have told me this in advance, but I was blinded by theory.”

All that aside, I’m just impressed by the blithe confidence with which our hero asserts the above sentence. We’ve been here before, and the point still stands: for people who prattle on and on about the value of evidence and experiment, they seem remarkably indifferent to the fact that “a world without religion” is something that has quite literally never existed, making summary pronouncements on its shape and character quite literally meaningless. Faith-based, you might even say. “Religion” is not a mere integer to be easily subtracted, or a simple proposition to be assented to or denied, but rather a tangled knot of threads comprising everything from culture and history to personal identity and psychology. But presumably new developments in “enhancement technologies” will succeed where previous political attempts to rationally remake the world failed horribly. I’m afraid I’m incapable of making such a leap of faith.