November 7, 2019 By Damian in thursday throwback No Comments 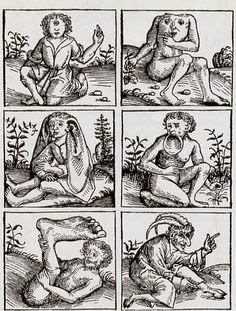 Now certainly, one could spend one’s life reading only books by straight white men, and never run out of wonderful material. But this is akin to spending a lifetime’s worth of vacations visiting only Disneyland. Whether or not one agrees with ‘the SJWs’ that it’s ethically contemptible, it is, in a word, boring.

Because, naturally, all straight white men think and write exactly alike, which is no surprise, given that they were all mass-produced on the same suburban assembly line before being assigned to their identical upbringings. Their vocabularies, their prose styles, and their imaginations all follow the same well-worn paths as dictated by their biology. Their race and sexuality, needless to say, thematically informs everything they write. The Exotic Others, of course, do everything differently, from sex to grocery shopping to forming friendships, which is why they’ve evolved completely new languages to convey those nuances, languages which are nearly incomprehensible to straight white readers.

I swear, this fetishization of superficial differences reminds me of Pliny the Elder describing the inhabitants of the All-Ears Islands, or Marco Polo (and later, Columbus) telling tales of dog-headed cannibals. Now let me tell you of a race of equatorial homosexuals well worth describing in this book. You may take it for a fact that all the men of this island have massive, permanently engorged members, which they use alternately as pogo sticks, oars, jousting lances, or parasols; for I assure you that the whole aspect of their lives is that of a phallic nature…