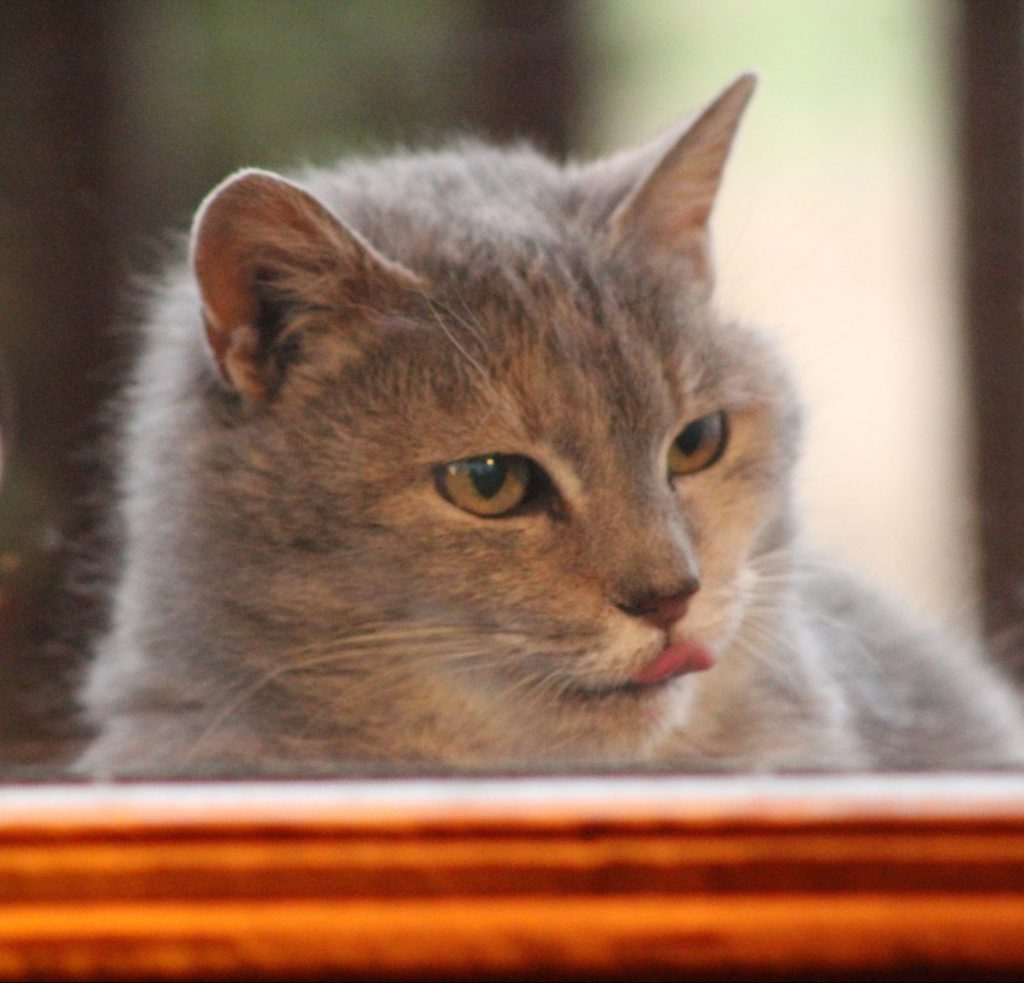 Kitteh had to be euthanized this morning. She had apparently had a couple of strokes in the last year, leaving her mostly blind and suffering from vertigo. We brought her inside about a year and a half ago, when it became clear she wasn’t capable of fending for herself anymore. We figured she deserved some time in an assisted-living facility in recognition of her long service — she was already living on the premises when I moved in almost thirteen years ago, and despite the presence of several dogs who weren’t particularly fond of cats, she steadfastly hung around, eventually outliving them all. I’m glad we at least got to let her enjoy one winter snuggled up to the woodstove. Thanks for your company, old girl.